Please let us know if you agree to the use of cookies. 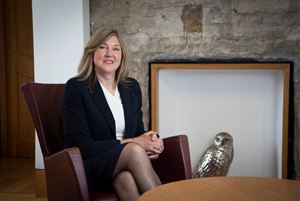 Alison has represented Lothian region in the Scottish Parliament since 2011 and prior to that was a City of Edinburgh Councillor 2007-2012. As an MSP and Councillor Alison campaigned on issues of environmental justice, health and wellbeing, sport, equality human rights and animal welfare. 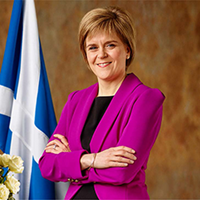 Born in Irvine in 1970 and educated at Greenwood Academy, Nicola Sturgeon studied law at the University of Glasgow where she graduated with LLB (Hons) and Diploma in legal practice.

Before entering the Scottish Parliament as a regional MSP for Glasgow in 1999 she worked as a solicitor in the Drumchapel Law and Money Advice Centre in Glasgow.

She is currently MSP for Glasgow Southside having been, before boundary changes, MSP for Govan between 2007 and 2011.

She became leader of the Scottish National Party on November 14, 2014 and was sworn in as First Minister on November 20, 2014. She lives in Glasgow with her husband Peter Murrell. 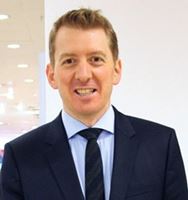 Reporting to the Partnership's Executive Chair, Dame Sharon White, Andrew is responsible for directing the organisation’s assets and resources to deliver its business transformation and its operating plan, and also leads the group functions of Supply Chain, Technology, Property and Business Continuity.

Andrew is a Board Director of Clicklink - one of the UK’s leading eFulfilment logistics providers, Chair of the Scottish Government’s Retail Industry Leadership Group, a member of the Bank of England’s Central Bank Digital Currency Engagement Forum and the former Chair of the Scottish Retail Consortium.

Andrew was brought up in Penicuik and now lives in Linlithgow with his wife and three children. Immediately prior to being elected to the Scottish Parliament, she was Policy Manager for the Scottish Council for Voluntary Organisations, the umbrella body for charities and community and voluntary organisations in Scotland. 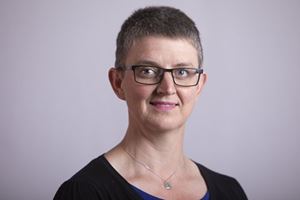 Prior to her election as an MSP in 2021, she worked for feminist women’s organisations and a disability charity, and had been a lecturer in human geography for over a decade. She was Rector of the University of Aberdeen from 2015-2021, and previously had been a City Councillor in Edinburgh for 8 years.

Maggie has been a long-time advocate of workers’ rights, being the first Scottish politician to call for the payment of the Living Wage, and argued for the devolution of employment law as part of the Smith Commission following the Independence Referendum in 2014. She is also a passionate peace and social justice campaigner, and has worked to improve understanding of intersectionality, supporting trans-inclusion in feminism and mentoring women and young people. 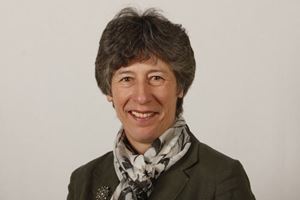 After the 2021 Scottish Parliament election she was appointed Shadow Cabinet Secretary for Finance and the Economy. She chairs three cross party committees; those on Colleges and Universities, Sport and Outdoor Education. Liz lives at Madderty in South Perthshire and was a teacher for 16 years prior to politics. She currently has a Member’s Bill in Parliament seeking to ensure that all young people in Scotland have an opportunity to experience residential outdoor education. 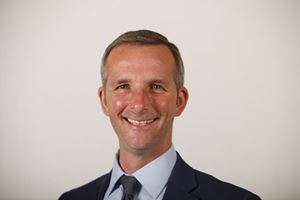 Liam McArthur has been the Member of the Scottish Parliament for Orkney since 2007 and was elected as one of two Deputy Presiding Officers at Holyrood in 2021.

Liam previously worked as a Special Adviser to the former Deputy First Minister, Jim Wallace in the Lib Dem-Labour coalition government during the first two sessions of parliament. Since being elected in 2007, he has served on various Committees, including Finance; Rural Affairs & Environment; Education & Culture; and Justice.
He is currently the Scottish Liberal Democrats spokesperson on Justice and the Climate Emergency.

Liam was born in Edinburgh and brought up on the island of Sanday in Orkney. He is a politics graduate of Edinburgh University, where he also captained the First XI football team. 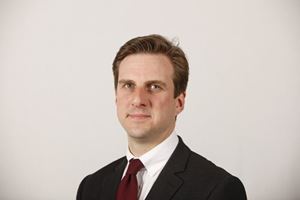 Daniel Johnson was first elected in 2016 to represent Edinburgh Southern in the Scottish Parliament. He currently serves as Scottish Labour’s Shadow Cabinet Secretary for Finance and Economy and has previously served as Shadow Justice Secretary and Shadow Education Minister.

He was formerly a member of the Criminal Justice Committee and is currently the Deputy Convenor of the Finance and Public Administration Committee. Daniel is also a member of several Cross-Party Groups in the Scottish Parliament, including Adult Survivors of Childhood Sexual Abuse, Autism, Independent Convenience Stores, Outdoor Education, and the USA. His political interests include: enterprise, skills, justice, ADHD and other neurodevelopmental disorders.